Solar Cookers and Turbines in Zimbabwe 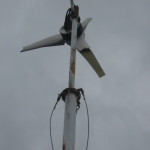 This is work-in-progress; I am looking at various power generation technologies that can be used in Zimbabwe and the rest of Africa sustainability. In the spring of 2012, I teamed up with friends and colleagues in the US and in Zimbabwe to do a preliminary research on the use of wind turbines in the Dumbamwe area in Rusape, Zimbabwe.

In fall 2014 I picked-up the solar cooker part of the project; I am modeling the heat transfer in a solar box-type cooker in a bid to investigate the effect of using commercially available materials on solar box-type designs.

Seven turbines were installed at Dumbamwe Secondary School in 2000 by ZERO Regional Organization. These turbines had been manufactured by Africa Wind Power, then called PowerVision. At the time of their installation, the turbines benefited local businesses in Dumbamwe. However, at the time that my team arrived, in March 2012, the turbines were no longer working (see picture). [1] 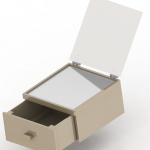 The idea of solar cookers is most relevant to most areas of Zimbabwe. Zimbabwe receives insolation of about 825 W/m2 [3] and the solar cooker technology is inexpensive and simple. Solar
cookers can be easily manufactured in Zimbabwe using local talent and materials.

In the future , I plan to design a functional low-cost turbine and solar cooker. 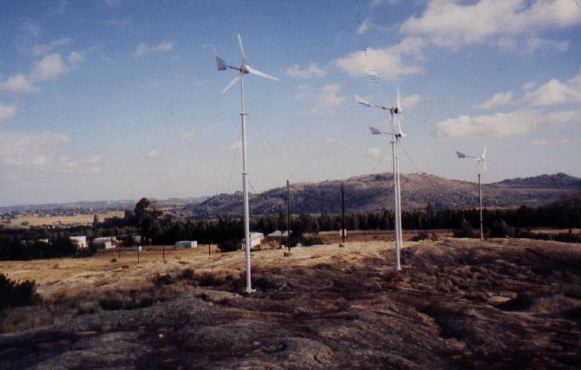 Papers and articles on sustainable energy in Zimbabwe and or Africa: