I did this project on solar cookers in 2014: 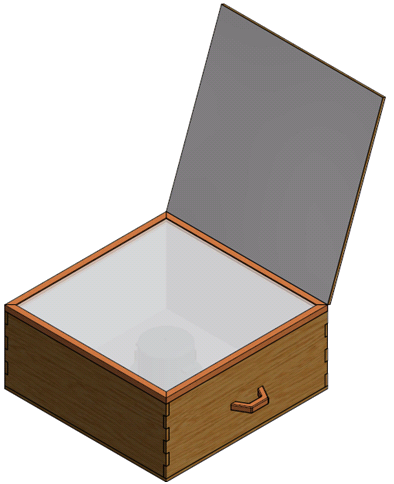 The simplicity of solar cookers offers a lucrative alternative energy source to people who cannot afford expensive solar PV or solar water heaters, but are located in high irradiance areas. Areas in Africa are best candidates to make use of solar cookers, but the adoption of solar cookers has been hindered by misconception, small capacity and slowness [1]. In this paper, a MATLAB model was developed, based on existing models, to investigate how advanced commercial products can be used to improve the performance of the solar cookers. Reducing the size of cooking fluid, applying commercial solar coatings to cooking vessel and optimal reflector tilt were found to significantly improve the performance of the solar cooker.

Compared to other solar collectors, solar cookers are simple to manufacture and inexpensive methods to harness solar thermal energy. Given the widespread energy shortages and high energy costs in most African states, one would expect that the adoption of solar cookers is widespread in Africa. However, this has not been true because of reasons that include slowness to cook traditional food, misconception, poor performance in winter, and lack of capacity to serve large families [1].

After extensive literature review on solar box-type cookers and heat transfer processes, a simple solar cooker model consisting of 5 differential equations was setup in MATLAB. In addition to the mathematical model, a 3-D model was created using AutoCAD Inventor to estimate volume, mass, length and distances of solar cooker components and to generate illustrations.

A total of 8 scenarios were evaluated using MATLAB. In each scenario, selected parameters were changed while the rest of the parameters remained unchanged and similar to those in [2]. Parameters were changed to match manufacturer datasheets of specific components of the solar cooker (e.g. glass transmittance). Variation of cooking fluid temperature with time was used as the basis for comparison.

Where the middle term is the latent energy of the material associated with phase change. For this paper, it is assumed that all materials do not change phases so changes in enthalpy are proportional to changes in temperature as shown in equation 2 [4]. 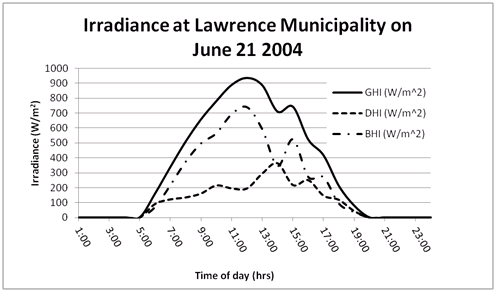 For all convection heat transfer processes, natural convection was assumed in this paper. As long as the expression (Gr_L)/(Re_L^2 )≫1 is true, free convection can be assumed and so Nusselt number depends on Grashof and Prandtl numbers [4] [3]. The exact relationship of Nusselt, Grashof and Prandtl was chosen based on whether there was turbulent or laminar flow [4]. For laminar flow, average convective heat coefficient is given by the equation 2:

For where 10^9<Gr*Pr<10^13. Thermal properties of water and air were obtained from www.engineeringtoolbox.com.

The mathematical model was based on the paper by El-Sebaii with some minor modifications[2]. Equations 5 to 11 were adapted from the same paper by El-Sebaii. [2]. Instead of taking an analytical approach as in[2], this paper utilizes the power of MATLAB to find a time-dependant solutions. 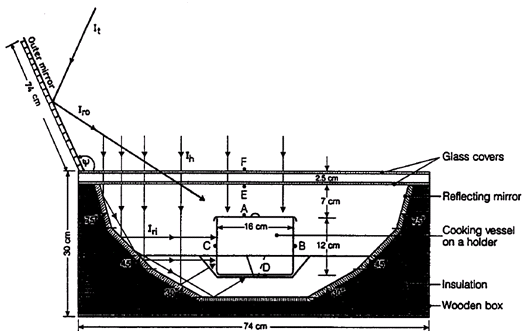 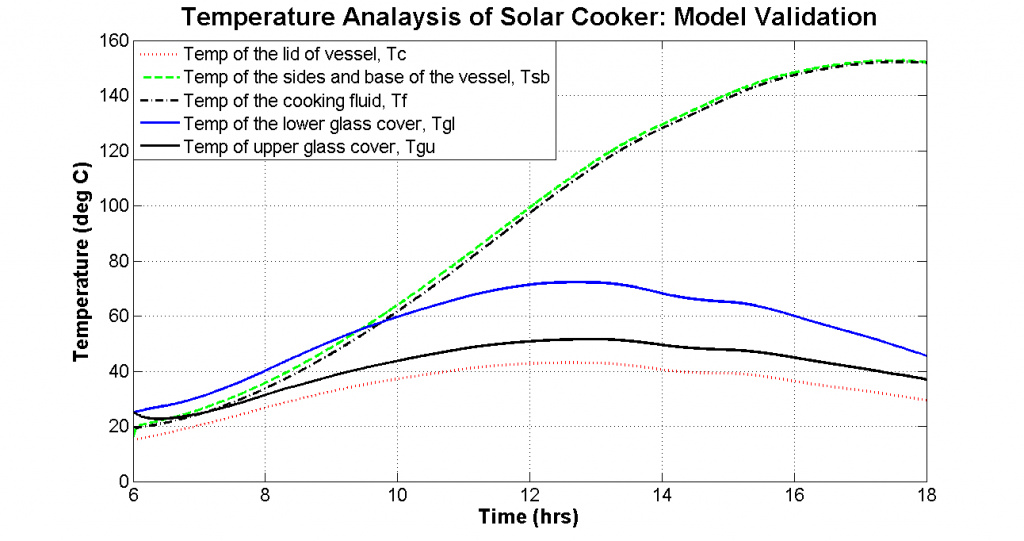 Figure 4 The temperature plot of solar cooker to validate the mathematical model. In a practical situation, once the cooking fluid reaches 100 ̊ C, cooking fluid temperature remains constant because of latent heat of vaporization.

Rate of enthalpy change of the vessel lid is equivalent to the summation of the energy reflected into the box, energy directly incident on box’s glazing, heat loss to ambient air and heat loss to the cooking fluid [2].

Where F_cf and ε_c are new variables introduced in this paper to account for the radiation view factor from the lid to the cooking fluid and the emissivity of the lid. Numerical value of F_cf was determined from equations in a heat transfer book [3]. Reflected radiation by the mirror/reflector is dependent on the view factor, Frg, of the reflector to the glazing and the reflectivity, ρ0, of the reflector [2].

Sides of the Cooking Vessel

Rt is the combined thermal resistance of the fluid surface, top loss and conduction through cooking vessel [2].

Where q_rua is a new term that is introduced to account for the radiative heat loss from the upper glass cover to the environment and is calculated as follows:

I considered different types of glasses as shown in the table. 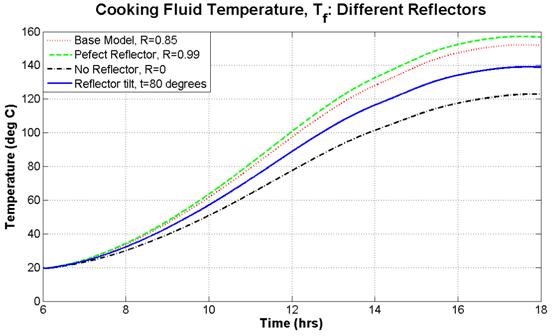 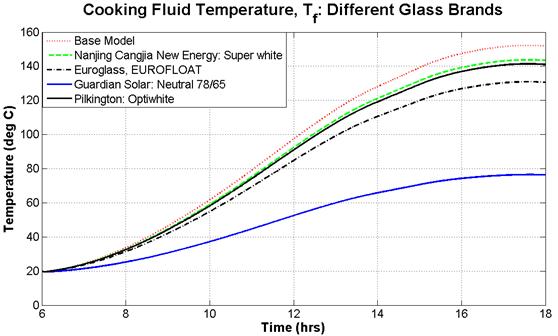 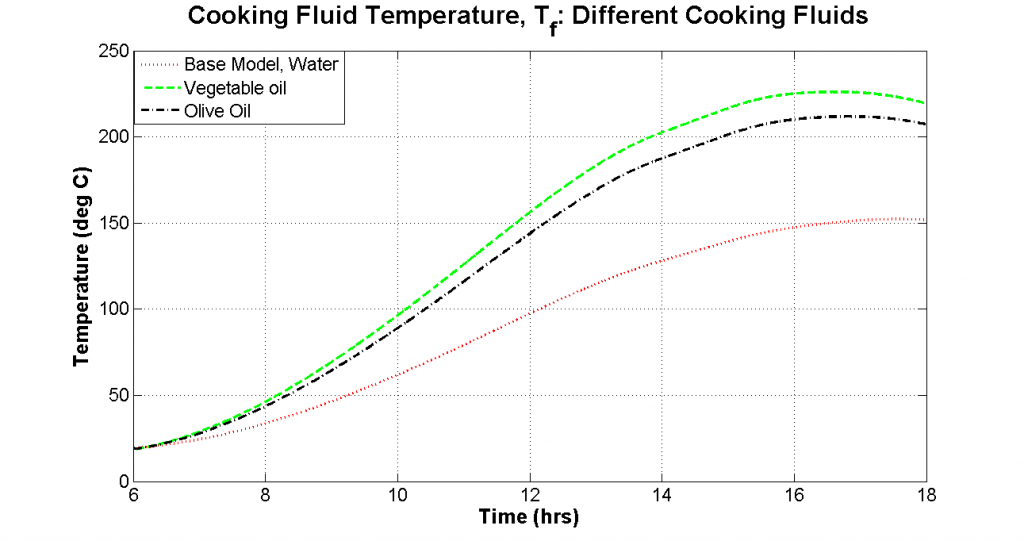 External reflectors of the solar cooker do not need to be highly advanced as changing optical properties of a reflector has a small effect on performance. Designers should not invest too much effort in expensive reflectors. However, the tilt angle of the reflector should be kept at an angle greater than the sun altitude at solar noon to avoid self-shading. The operator should be provided resources to identify optimal tilt angles.

In addition to solar absorptive coatings, it was found that higher temperatures can be obtained by reducing the size and heat capacity of the cooking fluid, using pressure cookers, using solar PV glass and pre-heating the cooking fluid.

In future work, a physical prototype will be fabricated to validate the mathematical model. The research will be expanded into investigating the use of phase change materials as thermal storage media.