The task was to design a structure that can deflect by exactly 0.5 inches when a downward force of 250 lbs is applied at the loading point shown in the picture. Quater-inch aluminum 6061-TS was supplied to make the structure.

My team and I came up with 4 designs. I did FEA in SolidWorks and numerical analysis with Castigliano Theorem to test each of the designs. After making some minor changes, this was the final design (shown in picture).

During testing, the bottom two holes were constrained to an Instron machine while a constantly increasing downward load was applied to the top hole. A LabVIEW VI collected and displayed the deflection data. 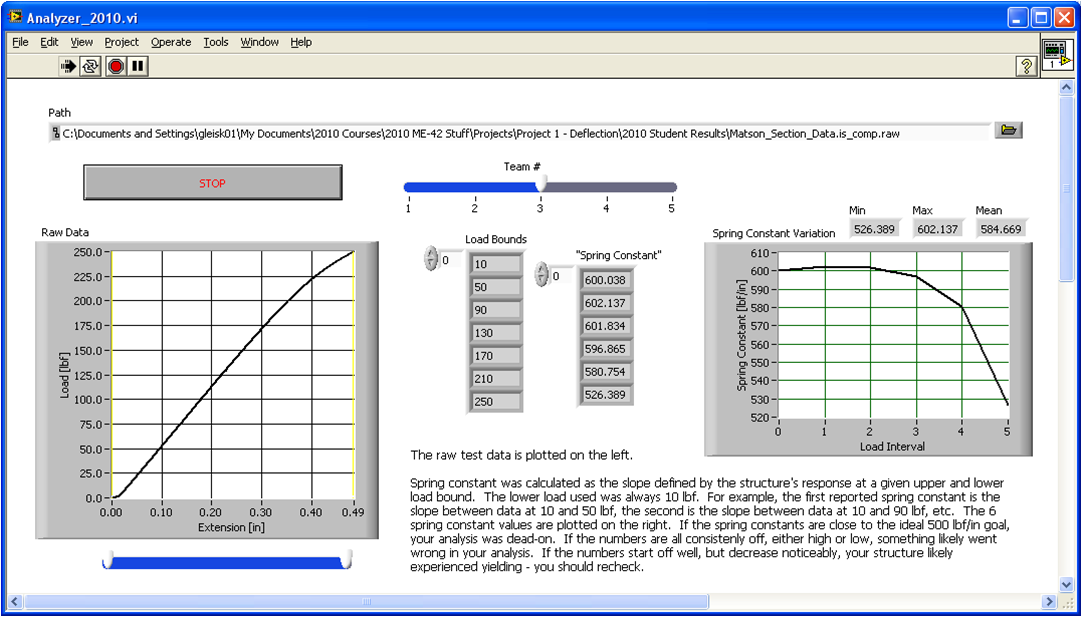 Results of the testing process

My team’s structure was very close to achieve a deflection of 0.5 inches as shown in the picture. It started to deform plastically at a load of about 215 pounds and spring constant of 580 lb/in

If I were to repeat this project again,